A fairly large part of neoplasms on human skin is caused by the activity of the human papillomavirus (HPV). At the same time, papillomas are one of the most common of them. The virus not only causes the appearance of this neoplasm, but also gave it a name. But not all patients today know what papilloma is. If you are one of these people or just want to know more about this neoplasm, then this article is for you. In it we will talk about papillomas: what it is, what symptoms it has, for what reasons it is formed and how it is treated 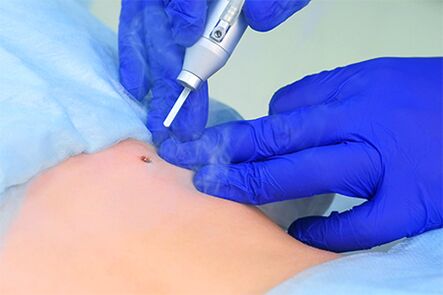 Papillomas: what is it

Papillomas are small neoplasms that either have the same color as healthy skin or are slightly different from it. Neoplasms can appear both singly and in multiple rashes. Depending on the species, they can be flat, pedunculated, in the form of elongated papillae. These neoplasms can be located almost everywhere: genitals, face, neck, armpits, limbs, etc.

It is also worth noting that papillomas are benign neoplasms. That is, they do not belong to oncological tumors. However, doctors do not recommend leaving them as they are.

Usually papillomas do not hurt, but in some cases they can itch, peel off, cause slight tingling and / or redness. If the papilloma is located in the intimate area, it can cause discomfort when moving.

The five most common types of papillomas are: 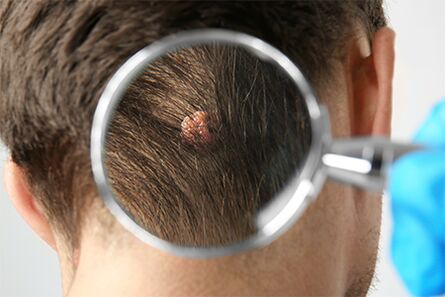 As we wrote above, the main reason for the appearance of papilloma is the activity of the human papillomavirus. It is worth noting that according to WHO, today about four out of five people (or even more) are infected with papillomavirus. This is due to several reasons:

In general, although our immunity does not destroy the virus, it can suppress it well. That is why neoplasms do not appear in all infected people. But if the immune system weakens, then papilloma (or another neoplasm caused by HPV) may appear. There are other factors that may favor the formation of papilloma:

After the virus enters the body, external manifestations of papilloma do not immediately appear. What does it depend on? From the state of immunity and the duration of the incubation period (from a couple of weeks to several years). Therefore, with a good state of immune protection, the first manifestations may appear even after a year. In this case, a person can become infected with several strains of HPV at once (there are about 170 of them).

Of course, not everyone knows what papillomas are and how to treat them. And some even believe that it is not necessary to treat them, since these neoplasms are benign. Doctors have a different opinion on this matter: papillomas should be treated and it is desirable not to postpone treatment. So why should this benign neoplasm be treated? Firstly, papilloma can transform into a malignant neoplasm. Especially under the influence of certain factors. For example, due to intense ultraviolet radiation, injury, inflammation. Secondly, the neoplasm negatively affects the female reproductive function. If the woman is not cured and becomes pregnant, then the virus is most likely to be transmitted to the newborn. Thirdly, papilloma located in the throat or trachea can make breathing difficult or even cause suffocation. Fourth, as already mentioned, papillomavirus is quite easily transmitted, and therefore an untreated neoplasm can be very contagious. Fifthly, neoplasms can cause aesthetic discomfort.

Immediately it should be noted that you can not resort to self-medication. Only a specialist with a medical education knows exactly how to diagnose papillomas, what it is and how it is treated. At the same time, it must be remembered that when removing any neoplasm, it is recommended to send the excised tissue for histological examination.

Speaking of treatment, today you can choose several ways to eliminate the neoplasm.

In the clinic, laser removal of papillomas is carried out using modern devices. Preparation for laser removal is not required. But you will need to make an appointment with a laser therapist. At the appointment, the doctor will tell you what papillomas are and how the session will take place. The patient will also be checked for contraindications.

The procedure itself takes place quite quickly: for single neoplasms, a few minutes are enough, for multiple ones - 15-20. After the procedure, the specialist will tell you about proper care. According to the general instructions, it is impossible to sunbathe, go to the bathhouse and sauna during the first two weeks. You will also need to take care of the treated area.

Do not forget about contraindications to the procedure. Laser removal of papillomas is not performed in the presence of any ailments, lesions of the central nervous system and the presence of bleeding.